A couple of weeks ago, as our crew was getting ready to head out for a fun family night, I began to feel a familiar, low-level anxiety. It wasn’t stress exactly – nothing really bad would happen if we were late to an optional activity. It was a feeling of being pressed and rushed, of being on the clock. For some reason, on that day, I tuned in to the feeling, and it suddenly dawned on me that I feel that way all the time.

I have written about this before (both when I was single and trying to have a decent social life and when I was adjusting to busing with babies), but for some reason, it wasn’t until that moment that I realized how much it was weighing on me.

Every time we take the bus, we’re on the clock. There’s no room for error in the time you leave the house, because being one minute late out the door means you will miss your bus, which might not be coming again for 15, 30, or more minutes. (And Lord help you if the next one’s late.) If you’re taking more than one bus, you’ll have the same problem again at your transfer point.

This means that we start getting ready to go long before we actually have to leave. (If it’s critical for us to be somewhere at a specific time, we plan to take an earlier bus than we need to, just to make sure that a late bus doesn’t throw us off.) For every outing, my kids have the same routine: go to the restroom, pick out books to bring, and put shoes and coats on. You would be surprised – or maybe, if you’re a parent, you wouldn’t – at how ever-lovin’ long this takes them.

But it doesn’t stop there.

Almost as soon as we get where we’re going, we have to plan how we’re going to get back. If the bus we need has frequent, all-day (and evening) service, we don’t have to stress that much. But we are not always so fortunate. No matter what, we must start our preparations to leave long before we have to go, so there is time for bathroom visits, goodbyes, and the walk to the stop.

Even on days when we use carsharing, we are on the clock; cars are rented hourly and must be returned on time. Unless I reserve a car for the entire day, I am watching the time, usually feeling pressed and hurried, just like when I ride the bus.

Please know that I am well aware that using another form of transportation would not necessarily lessen my anxiety. If I drove a car, I would face traffic delays, and worrying about crashes would be much, much worse than worrying about being late. Ditto for riding a bike (at least the crash part). But seriously, why do these have to be our options?

I am also aware that at least some of my bus-related pseudo stress is a result of my particular temperament: I hate being late AND I hate rushing. But, for people who don’t have the privilege of flexible work, able-bodiedness, and proximity, the stakes are high, and the stress is real. Buses in this county aren’t working for a lot of people. In fact, I would argue that our entire transportation system fails most people, most of the time.

We must continue to speak up — and yes, act up — until this changes. 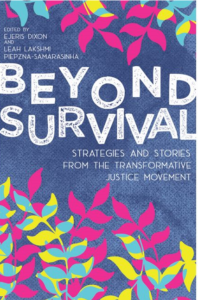