One of my favorite things about public transportation is the culture that develops among riders. There are things we just do, regardless of our life stage or social standing, that identify us as bus (or train) people. If you’ve never hollered for the driver to open the back door, panic rising in your voice; woken from a nap just in time for your stop; or engaged in at least one book discussion or sports debate with a stranger, you haven’t been riding long enough.

And if you’ve never hurried to catch a vehicle, only to have it close its doors (or pull away) just as you arrive, well, then you can’t call yourself a transit rider.

Watching this Gothamist video feels like looking in the mirror.

My Chicklet is a woman’s woman. Almost as soon as she could talk, she was proudly asserting her gender identity – and allegiance. Now she’s eight and a half, and for the last few months, she’s been talking about feminism and women’s rights in ways I hadn’t even thought to introduce to her yet. Her delivery is a bit on the self-righteous and unforgiving side – she comes by that naturally (ahem) – but she’s not wrong about any of it.

Chicklet’s newfound feminism has caused some sibling tension. Whenever she makes an assertion about men’s role in women’s oppression, or asks to participate in something that is for girls only, her little brother gets upset. Really upset.

In their most recent exchange, he burst into tears as soon as the subject came up. “Don’t say stuff like that,” he sobbed. “You’re making me feel bad about my gender!”

Sweet Busling is one of the most open-hearted, fair, and inclusive people I have ever known. In his world, the power balance is clearly tilted in favor of his older sister, whom he adores and looks up to. And, though his dad and I have been proactive about teaching the historical roots of racism, we have kept most of our discussions about gender to general concepts of equality, which Busling has taken to heart. He simply doesn’t see sexism as something that hurts women. Instead, he sees any attempt to single out or exclude someone based on their gender as wrong. And, he is personally offended by any suggestion that there is something wrong with being male.

For months, I have struggled with how to handle Busling’s reactions to his sister’s gender-related complaints and assertions. My instinct has been to comfort him, to push aside my daughter’s very valid critiques in the interest of protecting his feelings. After all, he has no context for understanding women’s oppression. And he certainly didn’t have anything to do with it. Plus, he’s my baby! Every time I look at his sweet face, I want to reassure him that everything is OK.

But here’s the thing: Everything is not OK. Sexism and misogyny pervade our culture. If I avoid or dismiss or sugar coat the truth so that my child can feel good, I have done him – and all of the girls and women he will interact with in the future – a disservice. And really, we’ve had enough recent examples of self-absorbed, entitled young men who see their feelings as more important than someone else’s freedom or safety. 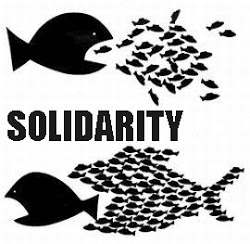 My son’s perspective about women’s equality is my responsibility. (Actually, it’s mine and his father’s, but you get the idea.) He doesn’t have any context about women’s oppression because he is new to the world, so it’s my job to provide it. This doesn’t mean I should teach him to feel bad or guilty about being a boy. Instead, I must teach him that oppressive, hierarchical systems hurt everyone, that his freedom is bound up with everyone else’s, and that it is his responsibility to challenge systems that harm people.

Experiencing my own child’s inability to recognize sexism has helped clarify many things for me, including the refusal of many seemingly sane white people to acknowledge the existence of racism. In the past, I assumed that such people feigned ignorance to mask their hostility or indifference to black and brown pain. But now, I am starting to understand that they simply have no context.

Racism, anti-blackness, and white supremacy are facts of life in the United States — part of the very foundation of our country. And yet, it is possible for white children to make it to adulthood without ever being forced to deal with this reality. Schools do not teach the truth, and parents – even those who consider themselves anti-racist – often exacerbate the problem by avoiding difficult conversations or substituting platitudes like “skin color doesn’t matter” for substantive dialog.

Of course we want our children to feel good and have a pleasant life, but our children’s comfort cannot come at the expense of justice. Parents of white children must educate their families (starting with themselves) about racism. They must teach the truth about our nation’s history. They must point out examples of racism and give their children the tools to recognize and resist it in their own lives.

We are all born into systems of oppression we had no hand in creating. Sometimes, they benefit us (in an immediate, individual sense, though certainly not in a long-term collective one); often, they don’t. Either way, it’s our responsibility to help dismantle them. Even if it’s uncomfortable.

Today has been an emotional day. It’s Father’s Day, and I am so grateful for my 77-year old dad — still on this earth and right nearby — and my amazing husband, who is an outstanding parent and role model for our children.

At our church’s annual Dads and Grads celebration, we honored two young people who are graduating from high school on Tuesday. It was so beautiful and moving to see them standing up in front of the congregation as young adults, as we relived all the beautiful memories of them through the years. During the celebration, my mind wandered to the day that (God willing) my own children will stand up there, and I felt excited and sad and terrified all at once.

It was in that weepy and nostalgic state of mind that I stumbled upon –in the process of updating a few links — this post from seven years ago.