Best ride of 2010: Easy: first ride with my sweet boy. (It didn’t hurt that it was on the 27.) More on the joys of busing with Busling in a few weeks, on his birthday. 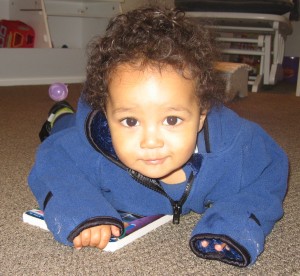 Worst ride of 2010: Also easy: that terrible, terrible, morning-after-MLK-Day 4 ride. That one just might qualify as the worst bus ride of my life.

Driver of the year (really, every year): Smooth Jazz, of course.

Route of the year: ST550. Thanks to my role on the Regional Transit Task Force, I rode the 550 more times between March and October of this year than I did in all of my previous years buschickdom. I give the “7 of the Eastside” props for speed and frequency–even if it is always way too crowded.

Most inspiring transit-related experience: My participation in the Regional Transit Task Force. It was amazing to see such a large group of people—with many different perspectives and priorities—come together to do what’s right for the citizens of this county. I’m proud to have been a part of it.

Most depressing transit-related experience: My participation in the Regional Transit Task Force. As we task force members were made painfully aware: Metro is going to experience deep cuts in the very near future. It was our job to find the fairest way to make the cuts, but “the best we could do under the circumstances” won’t mean much to the thousands of people who depend on transit to get around–or to the many who’d like to see this region provide some real alternatives to SOVs. Hard stuff.

On a happier note…

Best (personal) ride enhancements:
1) Bus info on the go. I resisted for many years, because I generally avoid buying “stuff” (especially electronic stuff) just because there’s something new to buy. (Folks, if you saw my laptop, you might feel inclined to pray for me.) But, I finally broke down and got a smart(ish) phone with a data plan. With two kids in tow, being able to use the internets to find out when the bus is coming (et cetera) is really, really useful.

2) Two-wheeled transportation. The bus is great for a lot of trips, but there are occasions–like when I have to get somewhere that’s too far to walk in a reasonable amount of time but not at all convenient by bus–when I wish I had some bike skills (and, in the absence of separated bike lanes, more courage). Earlier this week, after years of saying I should, I finally swallowed my fear, dusted off that Dahon I won three years ago, and rode to the tailor to take some pants in for repair.

The distance (about a 30-minute walk) was perfect for a trial trip. I stayed on back streets and hardly dealt with any cars, which made me wonder what, exactly, I had been so scared of. Plus, it was fun! I zoomed down hills (though I didn’t much enjoy struggling up them), and I didn’t have to wait (no disrespect to the bus) or (my peeve) rush. My goal for 2011 is to ride the bike (solo–not ready for the big leagues yet) for at least one trip per week. Come to think of it, maybe once every other week would be more realistic. Every month for sure. Hold me to it.

And now, I will return to my glass of Cristal(ino) and my Bus Nerd.