Two years ago Saturday, I met my foster son, known on this blog as HBE. That first night was difficult, in ways that are hard to fully appreciate unless you’ve instantly become the mother of a traumatized stranger, shortly after swimming lessons and right before dinner. The most difficult moment for me happened after all three kids were asleep, as I sat on the floor unpacking the large shopping bag of HBE’s belongings.

Until that point, I hadn’t thought much about HBE’s history. His relatives and relationships had been reduced to a handful of sentences on a DSHS form, which I had read only 24 hours earlier. But here was proof that he had real connections to other people: a stuffed dog, a box of favorite snacks, pajamas. At the bottom of the bag I found a tiny toothbrush, carefully wrapped in a paper towel.

Earlier that evening — when we learned for sure that a 16-month old would be joining our family — Bus Nerd had gone to the store to buy supplies, including a toothbrush. We had used that toothbrush to clean HBE’s teeth at bedtime, before I was faced with this evidence that someone else cared for him, someone who had likely brushed his teeth mere hours earlier, at the beginning of a day that turned his world upside down.

I set the toothbrush down and wept, for all of us.

On July 20th, 2015, HBE was reunified with his relatives. Nine months after unpacking his things, I was the one doing the packing. To keep focused on something other than my sadness, I took my time, making sure to include everything he might want or need: a photo book of our family, clothes for now and later, bath toys, favorite stories, the stuffed pig he slept with every night. The final item I packed was his toothbrush. As I slid the plastic baggie into the front of his suitcase, the tears began to fall. They haven’t stopped.

HBE’s other toothbrush is still in the kids’ toothbrush cup in our bathroom. That one I saved, in case he ever returned for a visit. We haven’t laid eyes on him or heard his voice since he left our care 460 days ago. But the toothbrush is still here. It is the evidence that we care. 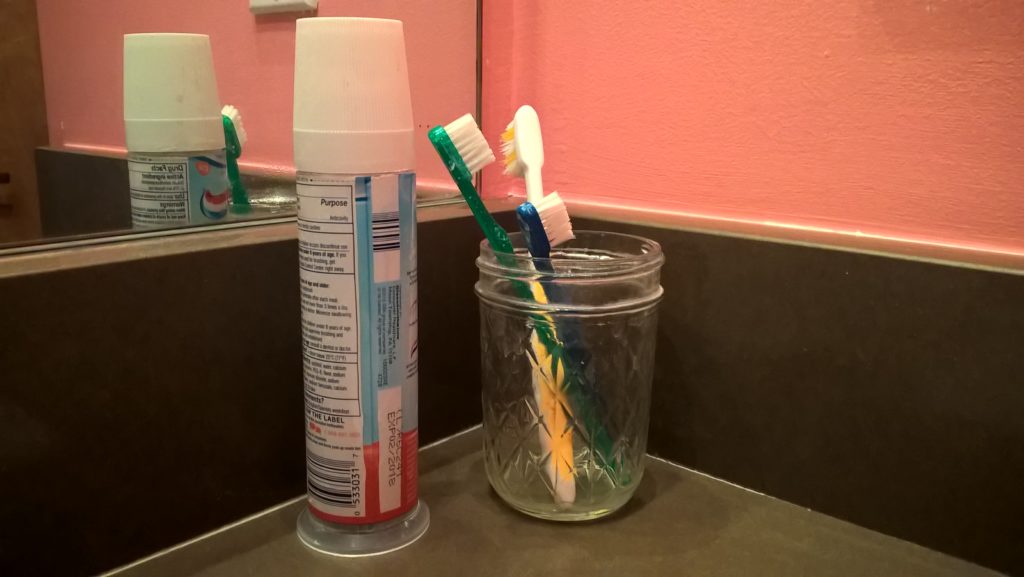