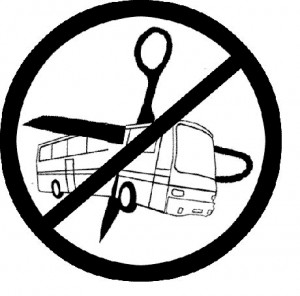 The outpouring of citizen action was absolutely inspiring, and it made a difference.

I have many thoughts on specifics of the deal the exec and councilmembers struck, which I’ll get to eventually. Right now, just…whew!

Ladies and gentlemen, the future of buschickdom (buschickhood? buschickery?) is in extremely good (and thankfully, nerdy) hands:

I’m not a stereotypical high school girl. I don’t go to high school dances, I have to be dragged to shop for clothes, and I’d rather spend time with my family than go out with friends. I’m seventeen and I don’t even have my permit or license yet. That’s right, a high school girl without a driver’s permit or license. Reading this story anywhere else, you’d think “Ooh, she lives in the middle of nowhere and is a little farm girl,” or “What a deprived teenager she must be! Living without a car?” or “She must be the nerdy outcast who doesn’t have any friends.” And although I’m a choir nerd, neither of those statements is true; I simply live in Seattle where public transportation is amazing. Well, for now it is. 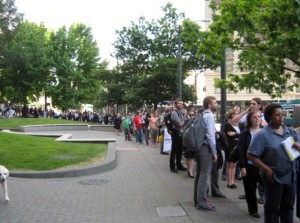 My current heroes: Every one of these 700+ people, who stood in line for hours on a Tuesday night to testify before (some members of) the King County Council about what 700,000 hours of bus cuts would mean to them.

If you couldn’t make it to Tuesday’s historic hearing, you have another chance: Let’s do it again in Burien on Thursday!